Located in the center of the Maillardville Neighbourhood Plan, in Coquitlam, BC., Loma is a mixed use development with both residential and retail units which is set out to be an iconic building that echoes with the history of area. 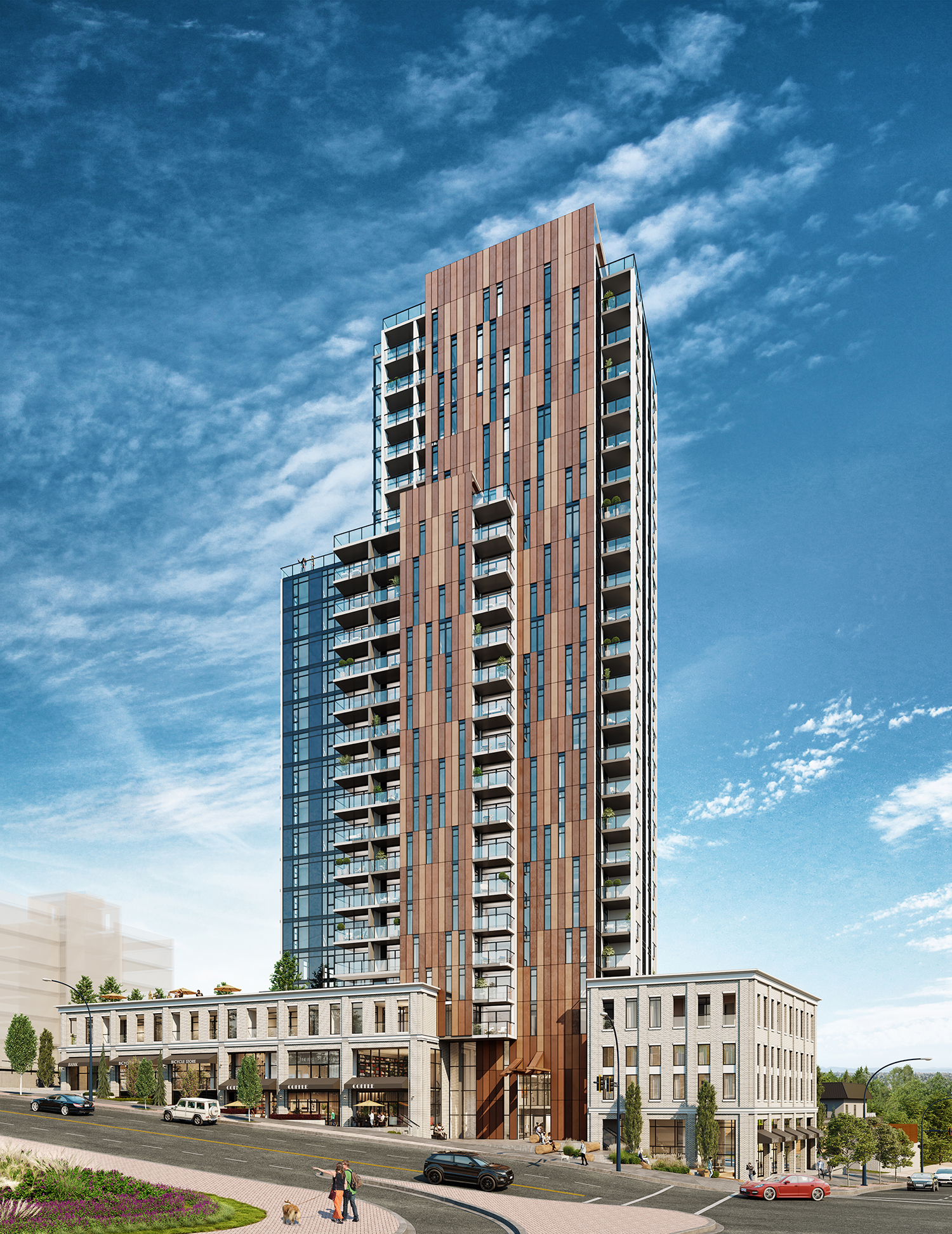 The Maillardville neighbourhood is full of history — in 1889 a modern lumber mill was opened on the north bank of the Fraser River. Many French Canadians then settled in Maillardville and started working in the Canadian Western Lumber Company. The design of Loma creates visual connection with the rich heritage of the neighbourhood. 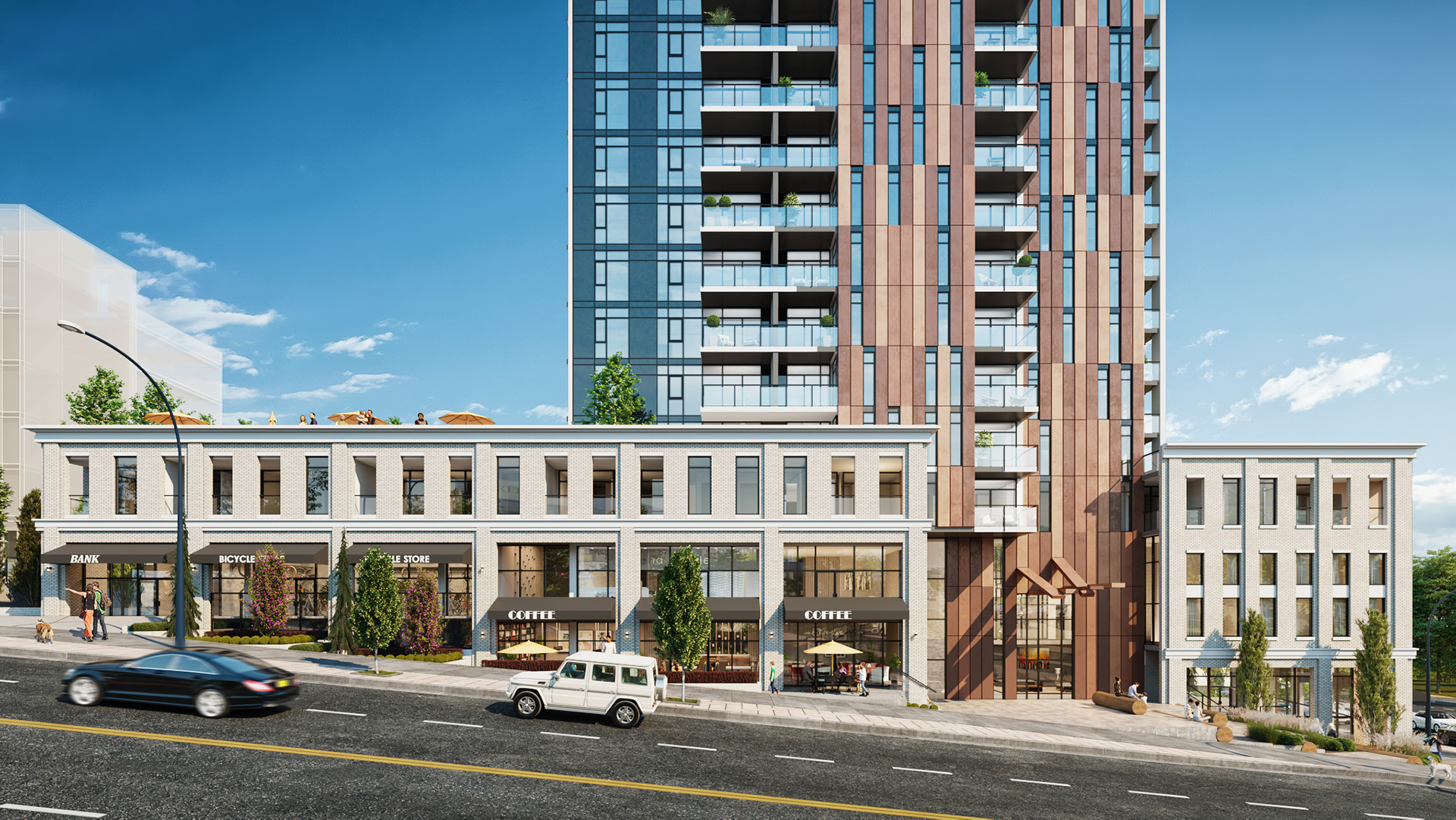 The metal panels assembled over the glass facade of the building resemble the pattern and colours of the floating logs on the Fraser River. With the reflection of the glass facade and the shifted arrangement of the metal panels, a visual impression of logs floating on the river was created.  These panels also add a sense of natural warmth and luxury, and are in reminiscence with the history of the Mailardville’s rich economic and cultural heritage. 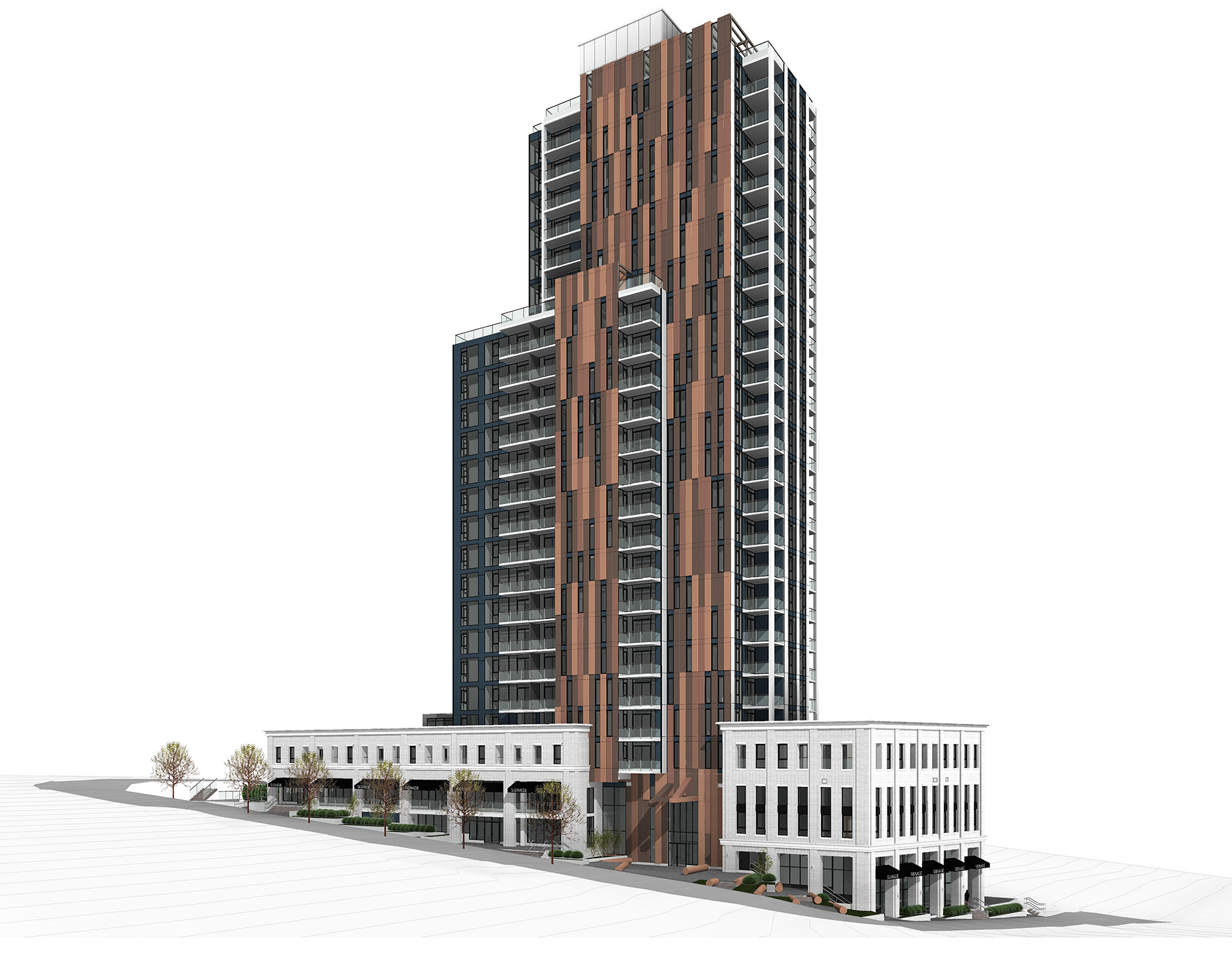 The building will feature 179 residential units, which includes 25 storeys of studios, 1.2 and 3 bedrooms residences. 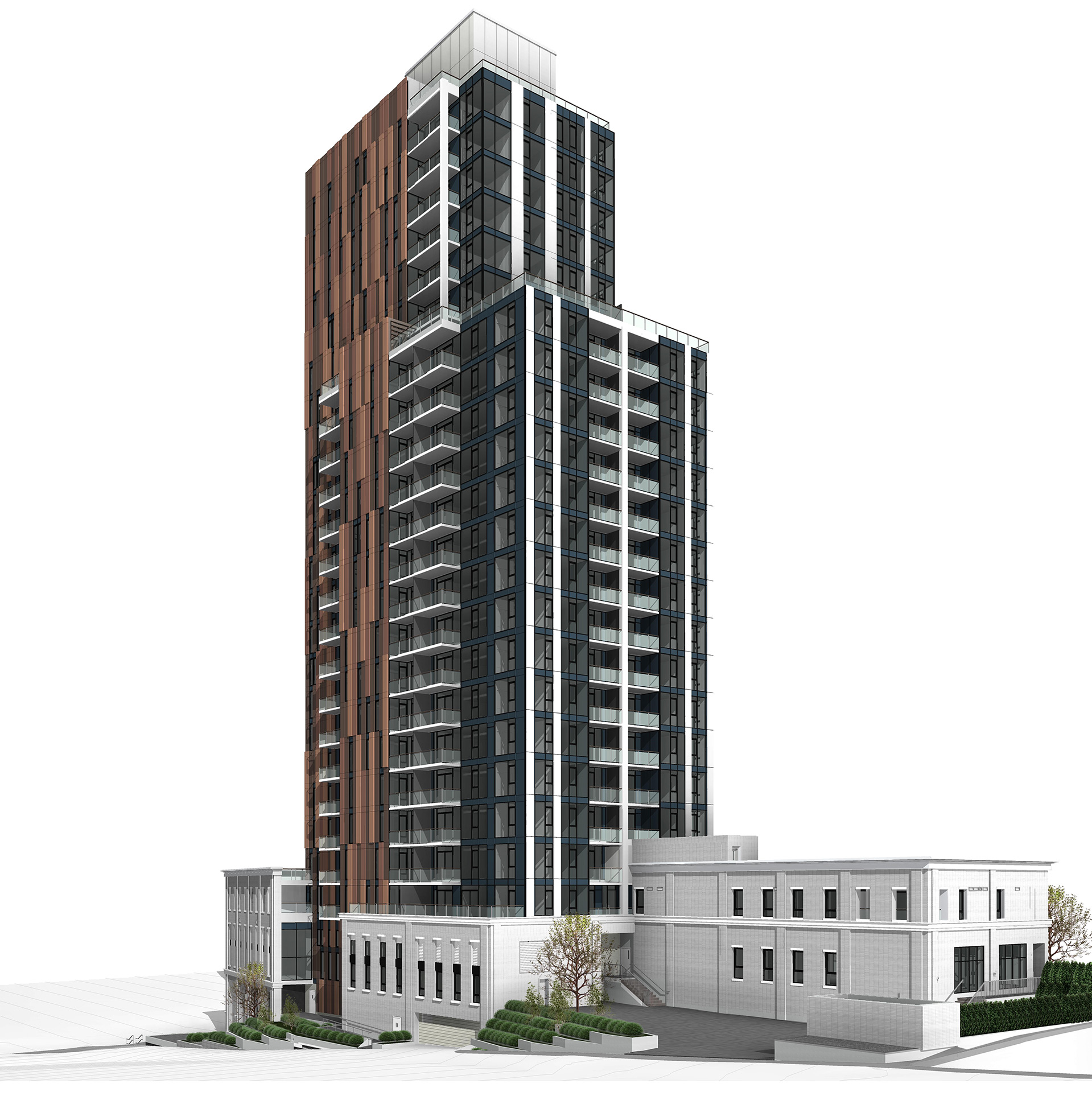 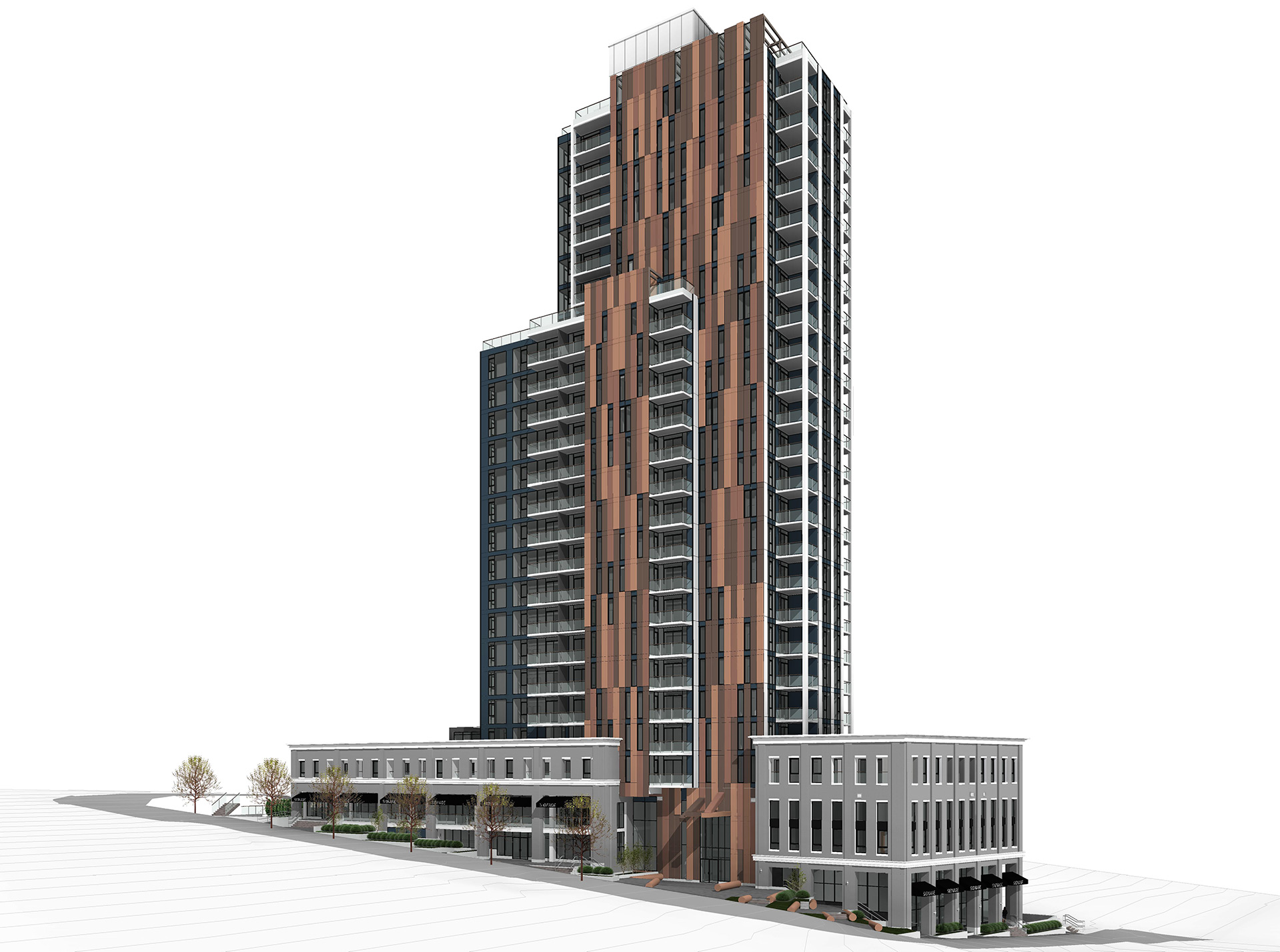 The large open green space planned for the top of the building will allow residents to explore the mountain and city views, as well as the beautiful settings of the Maillardville neighbourhood. 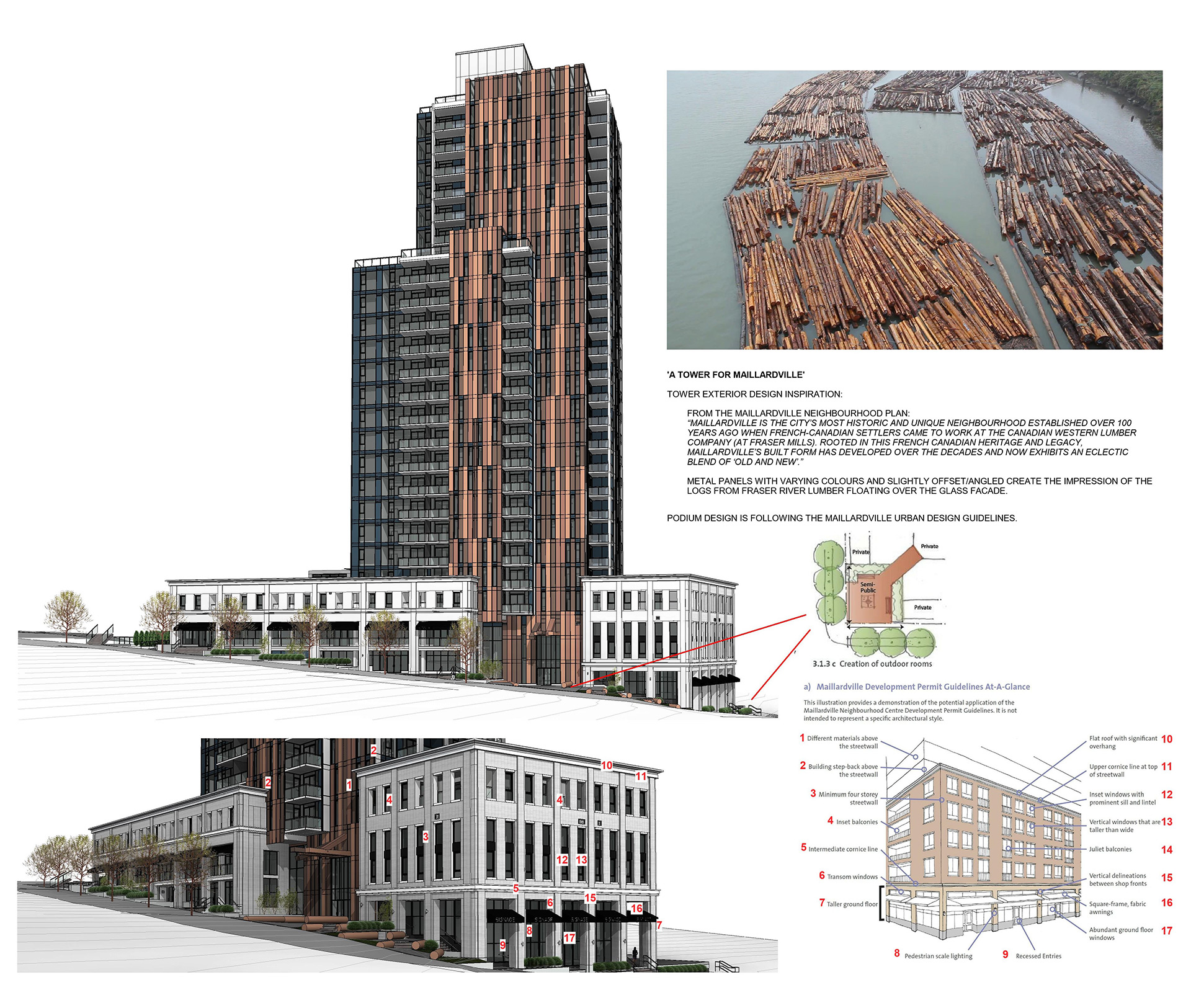